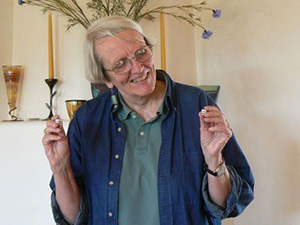 It is with great sadness that the Department of Anthropology announces the passing of our beloved colleague Marta Weigle on Thursday June 14.  Dr. Weigle was an extraordinary writer, cultural historian, and critical analyst of what she famously called "New Mexico Lore and Lure." She was appointed University Regents Professor in 1990, and initially held a joint appointment with both English and Anthropology starting in 1972. She joined the Anthropology Department full time in 1993, having also chaired American Studies during the 1980s. Dr. Weigle was the Chair of Anthropology from 1995 to 2002. In 2005, she received the inaugural State Historian’s Award for Excellence in New Mexico Heritage Scholarship from the New Mexico Historical Preservation Division. Her wit and wisdom will be sorely missed by the many that knew her and enjoyed her mentorship and friendship.