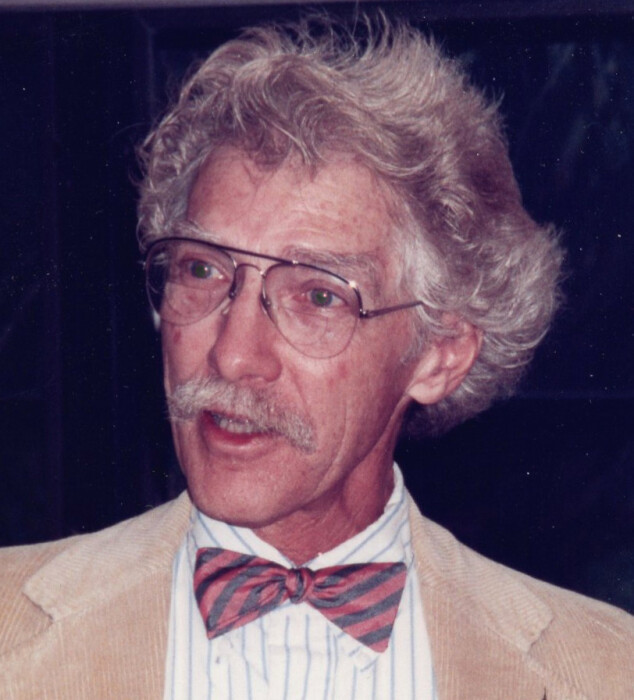 Suddenly and unexpectedly, Dr. Stan Rhine, retired Professor of Anthropology, forensic scientist, mentor, researcher, academic, leader, writer, railroad historian, model train builder (from scratch), automated piano restorer, guru and go-to guy passed away on December 13, 2020. Stan's wry witticism and sense of humor amused and entertained many over his lifetime, as did his micro-signature, which required a magnifying glass to read. From his book "Bone Voyage", published in 1998, to numerous articles for train magazines and winning entries in "Southwest Writers", to his most recent accomplishments this past summer: "Singing Mice, Talking Dogs and Other Shaggy Dog Stories" and "An Omnium Gatherum", Stan demonstrated his incredible range of talents and interests. He leaves behind his devastated wife, Sue Jimenez and two cats, Tux and Shadow, as well as cousins Kristen Wood (Vern Argo), Vicki Chouinard (Lou), sister-in-law Nancy Braley (Rodger) and many friends and admirers. A donation to American Heart Foundation would be appreciated, or to a charity of your choice.

Dr. Garth Bawden writes: "Stan was one of a kind. He created the Maxwell Museum's forensic program with its unique human osteology collections, on-going body donation component, and nationally-recognized forensic research. Early in this program he and his focus on forensic anthropology, were regarded as somewhat of an outlier by both the Maxwell Museum (at a time it was focusing on exhibits!) and the Anthropology Department (forensics for a long time was seen as peripheral to mainstream biological anthropology). However, by the time he finally retired his enterprise had become a central part of the Maxwell's research program and had created an exceptional collaboration with the State Office of the Medical Investigator, that still flourishes today. Moreover, Stan became regarded as a central player in strengthening the complementary relationship between the activities of the two departments (Maxwell and Anthro) with his wide-reaching focus on collection acquisition, collections management, teaching and research and his jointy appointments as Curator and Professor. He was broadly respected in his field of study, encouraged and mentored a significant group of students, and became an important member of the Maxwell personnel once this parent organization came round to welcome him and his project into its fold! He was a good friend of mine."

Dr. Lawrence Straus writes: "Stan was one of the nicest people, a VERY popular teacher, and an extraordinary character. He put UNM Forensic Anthropology on the map of the field, big time. The repository of human skeletons is a major resource for the state. Always being called out to finds of skeletal remains (human or animal) whenever digging for houses, roads, sewer, gas or water lines hit bones. Lots of extraordinary stories involving Stan and his students digging up remains around the city and state, and helping the police to solve mystery finds. And then there was the cigar smoke that used to permeate the Anthro Building. One could always know when Stan was in his lab!"