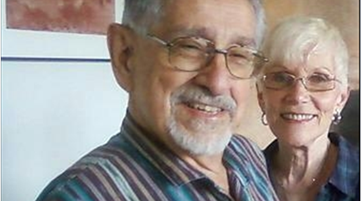 Born in 1934, Phil Bock’s passing leaves gaping holes in many domains: the ethnography of the Micmac in Quebec and of peasant societies in Mexico; linguistic and especially psychological anthropology; the anthropological study of Shakespeare’s society; ethnomusicology; the theater and music scenes in Albuquerque.   But more than that, Phil was a humorous, humane humanist, with a commonsense, ironic, socially and politically engaged approach to people and life.  The life of the party, jazz and classical pianist, composer, playwright, actor, director, impresario, world traveler, fighter for social justice, bon vivant, devoted son, husband and father, Department Chair, Presidential Professor---Phil Bock was all these things and much more, especially a great friend, a gentle, diplomatic mentor, and a wise counselor who believed that things should not always be taken too seriously.  Que será será…

After Fresno State College (now Cal State University Fresno), Phil Bock went to the University of Chicago in 1956 to study for a Master’s degree under Robert Redfield, who died two years later. After a brief stint in the Air Force (quite incredibly as a Lieutenant and then Captain!), Redfield’s death led Phil to transfer in to the Ph.D. program at Harvard to do a dissertation under Clyde Kluckhohn, who also died soon thereafter (in 1960 in Santa Fe, NM).  After fieldwork on the Ute Reservation, Phil did research among the Micmac and finished his dissertation in 1963, with Evon Vogt (from Gallup, NM) as his adviser. This was published as a Bulletin of the National Museum of Canada in 1966.   He published the Micmac chapter of the Handbook of North American Indians: Northeast volume, and his notes are archived in the Canadian National Museum in Gatineau.   Following in Redfield’s footsteps, he did work in Tepzotlán, Morelos and later with musicians in Mérida, Yucatán.   His textbooks, Modern Cultural Anthropology and Rethinking Psychological Anthropology  were publication successes and were translated into numerous languages.

Phil’s intellectual curiosity was as broad as the discipline of anthropology itself and this is evident in the variety of subjects he researched and wrote about during his long career.   Psychological anthropology was his greatest interest, as attested by his presidency of the Society for Psychological Anthropology.  As playwright and versatile actor, Phil and his second wife, the modernist artist and set and costume designer Barbara Bock (his college sweetheart), were at the heart of amateur theatrics in Albuquerque for decades.  Phil wrote a hilarious musical satire of the UNM Anthropology Faculty, “Not My Department”, in which he impishly roasted colleagues—including most riotously the physically and vocally imposing Lewis Binford. What other former department chair would be able to laugh at his fellow faculty members, each one characterized “dead-on”.    His musical, “Love in the Bosque”, whose characters are animals including sandhill cranes, has been a local hit for years when performed in a nature center on the Rio Grande.  As a Chautauqua performer, Phil uncannily portrayed New Mexico’s towering late 19th-early 20th century anthropologist, Edgar Lee Hewett, among other notables.

Bock spent his entire professional career at the University of New Mexico, where he rose to the special rank of Presidential Professor.  He was also a Visiting Professor at Columbia, Stanford and the Universidad de Guadalajara (Mexico).  Among his sabbatical stints were fruitful and enjoyable ones in eastern Spain and northern Italy.   Phil and Barbara traveled extensively throughout Europe, Asia, Canada and Latin America, and often visited family in Alaska, New York, Oklahoma and Arkansas.

In 1983, Bock succeeded James Spuhler as Editor-in-Chief of UNM’s Journal of Anthropological Research.  He put it on an even keel in terms of publication schedule, finances, management, peer review and high-quality copy-editing, building on its reputation for excellence and diversity in anthropological publishing established by the founder, Leslie Spier and successors Stanley Newman and Harry Basehart.  In turn, he was long a wise counselor to his successor, Lawrence Straus, after stepping down in 1994.

Phil Bock’s warmth, wit, wisdom, expansive view of both anthropology and life, extraordinary hospitality and common sense will be very much missed. He is survived by his wife, Barbara, and three daughters, two grandsons, and myriad friends and colleagues in New Mexico and around the world.   He bequeathed his body to the Maxwell Museum’s Institute of Osteology, warning colleagues at his retirement that “You haven’t seen the last of me!”

The Micmac Indians of Restigouche, Bulletin of the National Museum of Canada, Anthropological Series 77, Ottawa, 1966.

The Formal Content of Ethnography, International Museum of Cultures, Dallas, 1986.