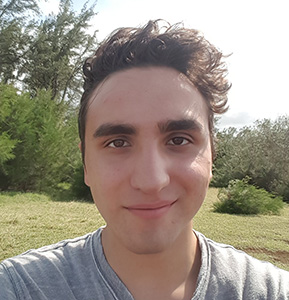 Stephen West, a senior undergraduate student concentrating in Archaeology, has been awarded a Fullbright Fellowship to support his research on the lifestyle adaptions that the native Jomon people (of the Japanese neolithic period) made during the transition to the following Yayoi period. During the Yayoi period, metal tools, weapons, and rice agriculture was introduced to Japan by immigrants from mainland Asia. The new Yayoi people eventually supplanted most of the Jomon population by the end of the Yayoi period.  West plans to study the effects that Yayoi tools and agriculture had on Jomon populations across Japan and track the spread of Yayoi influence over the time period. He will do this through analysis of subsistence change in Jomon populations (primarily via stable isotope analysis) and analysis of when and where Yayoi artifacts appear in the archaeological record.